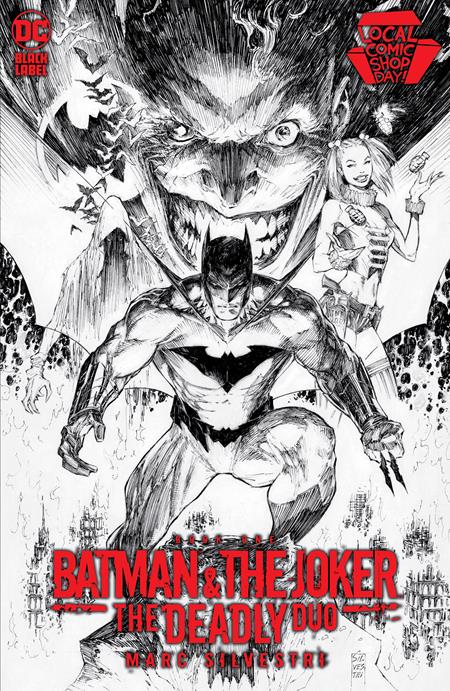 DC COMICS
This meticulously crafted tale of the Dark Knight’s deadliest team-up will introduce you to a grim and gritty Gotham that only Marc Silvestri could bring you.

The comics industry celebrates this year’s Local Comic Shop Day on Wednesday, November 23, and will commemorate the occasion with an exclusive new version of Batman & The Joker: The Deadly Duo #1 by Marc Silvestri—featuring Silvestri’s art presented in stunning black-and-white, along with a foil cover! 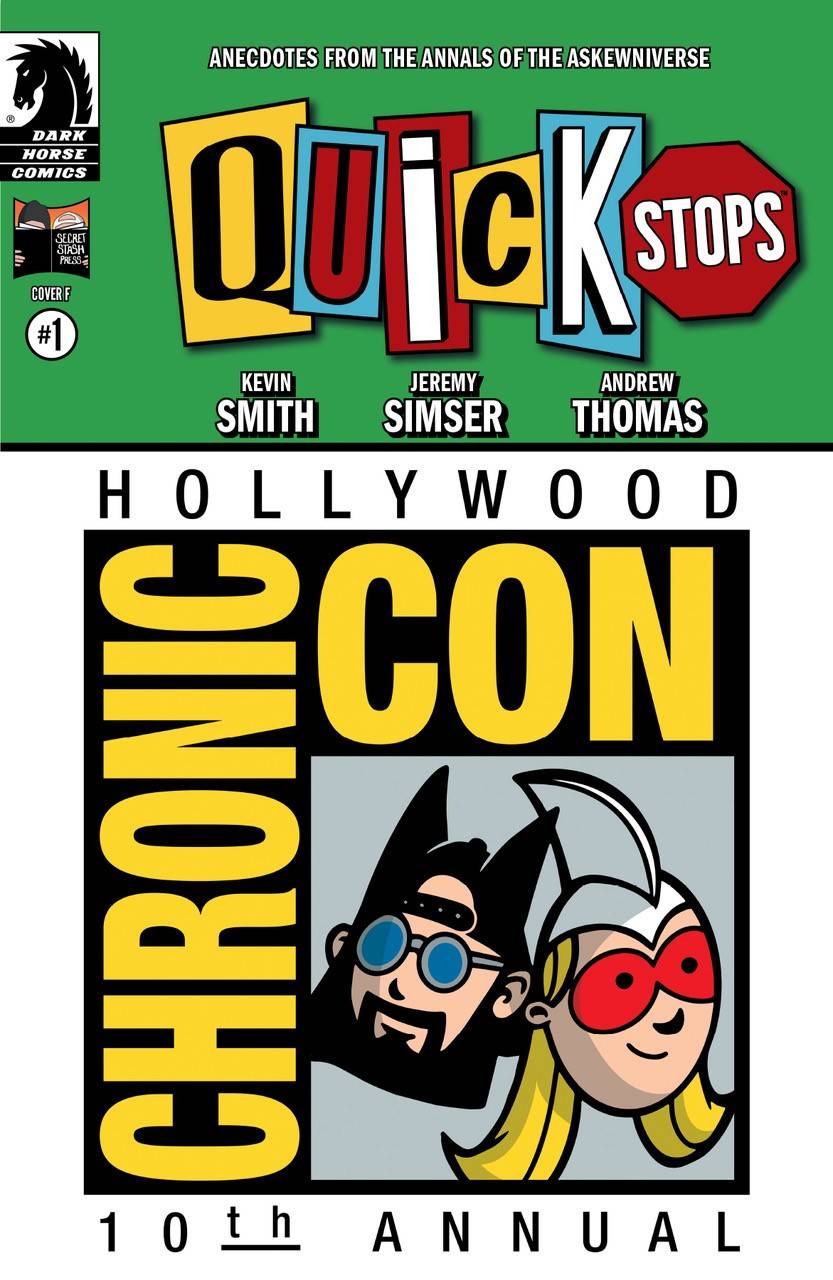 In this premiere issue, Chronic-Con guest of honor Holden McNeil tells Alyssa Jones and a packed podcast audience his story of going green with legendary loiterers Jay and Silent Bob in the Quick Stop cooler, and how it directly led to the birth of his Bluntman and Chronic comic books! 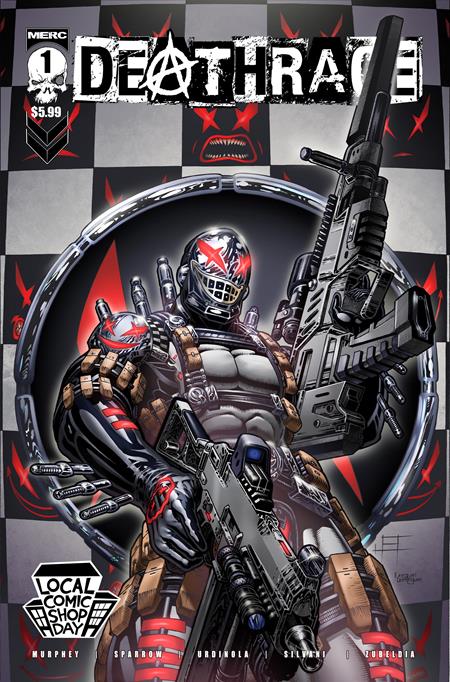 MERC PUBLISHING
Celebrate LCS Day with Deathrage! Discover the secret origins of the Spartan World Order’s resident bad boy in his own series! The black sheep of the Mercs, Deathrage, has set social media buzzing with his antics at the Merc Gala (Miss Meow #1!) Now witness his heroic beginnings, his tragic betrayal, and his rise to superhero celebrity fame and fortune… and learn why the other Spartans hate him so much! The roller coaster begins here! 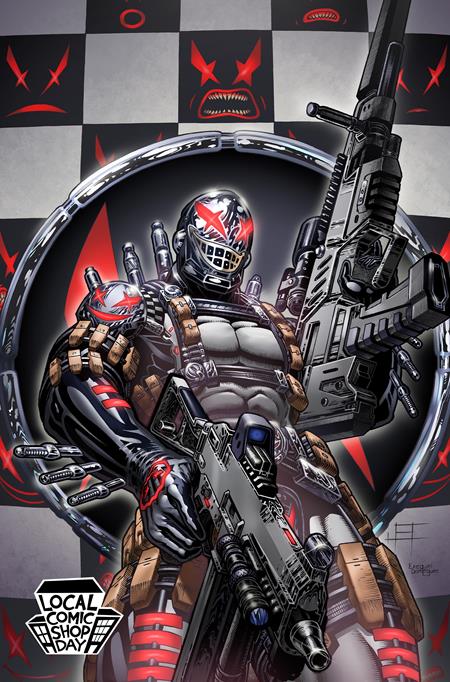 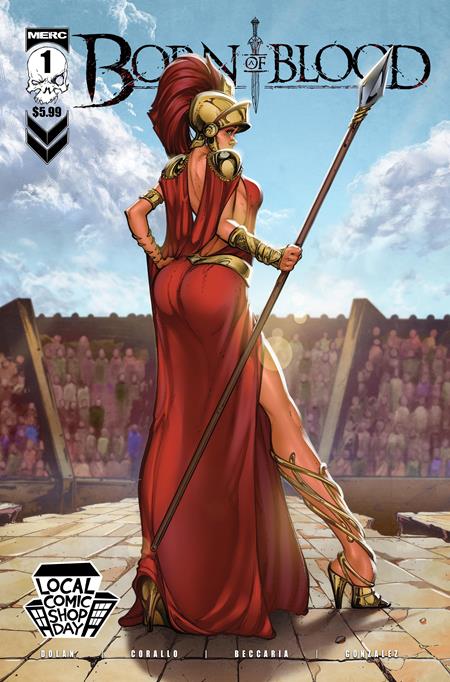 MERC PUBLISHING
Celebrate Local Comic Shop Day with Giaris! Ancient Sparta is a dangerous place. It requires a strong hand to keep its rivals at bay, and for years King Cleomenes’ strength did just that. But after losing his Queen who only offered him one heir, his daughter Giaris, he’s decided he must put her through a baptism of fire to prepare her to one day take his place in defending Sparta. Will she rise to the challenge or will she and Sparta fall? 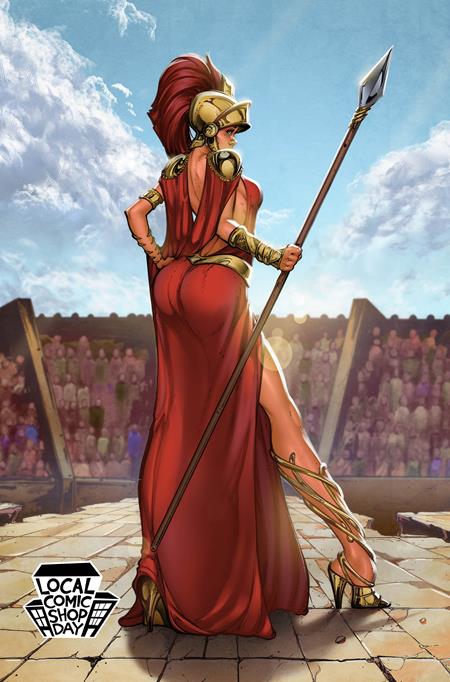 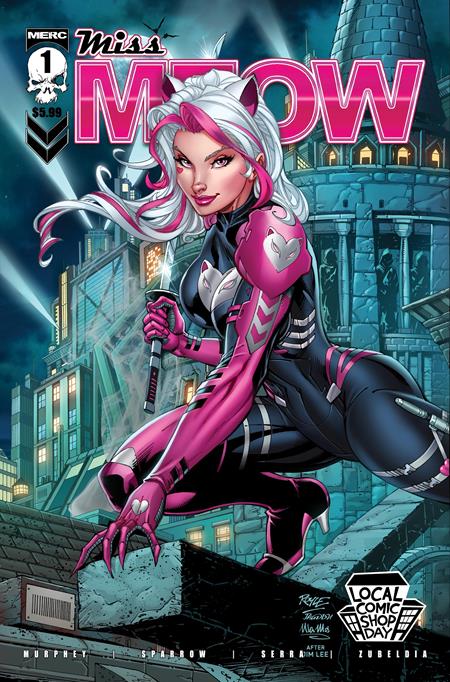 MERC PUBLISHING
Miss Meow #1 is here for LCS Day! She attends the Merc Gala Event to acquire the helmet of Leonidas but someone from her past shows up to foil her plans! Merc Publishing proudly presents our flagship title, Miss Meow!! A fun, crazy and exciting new universe of characters is introduced here! 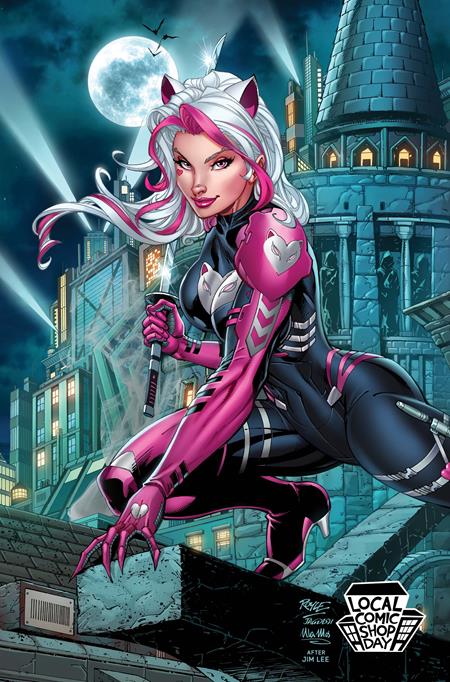 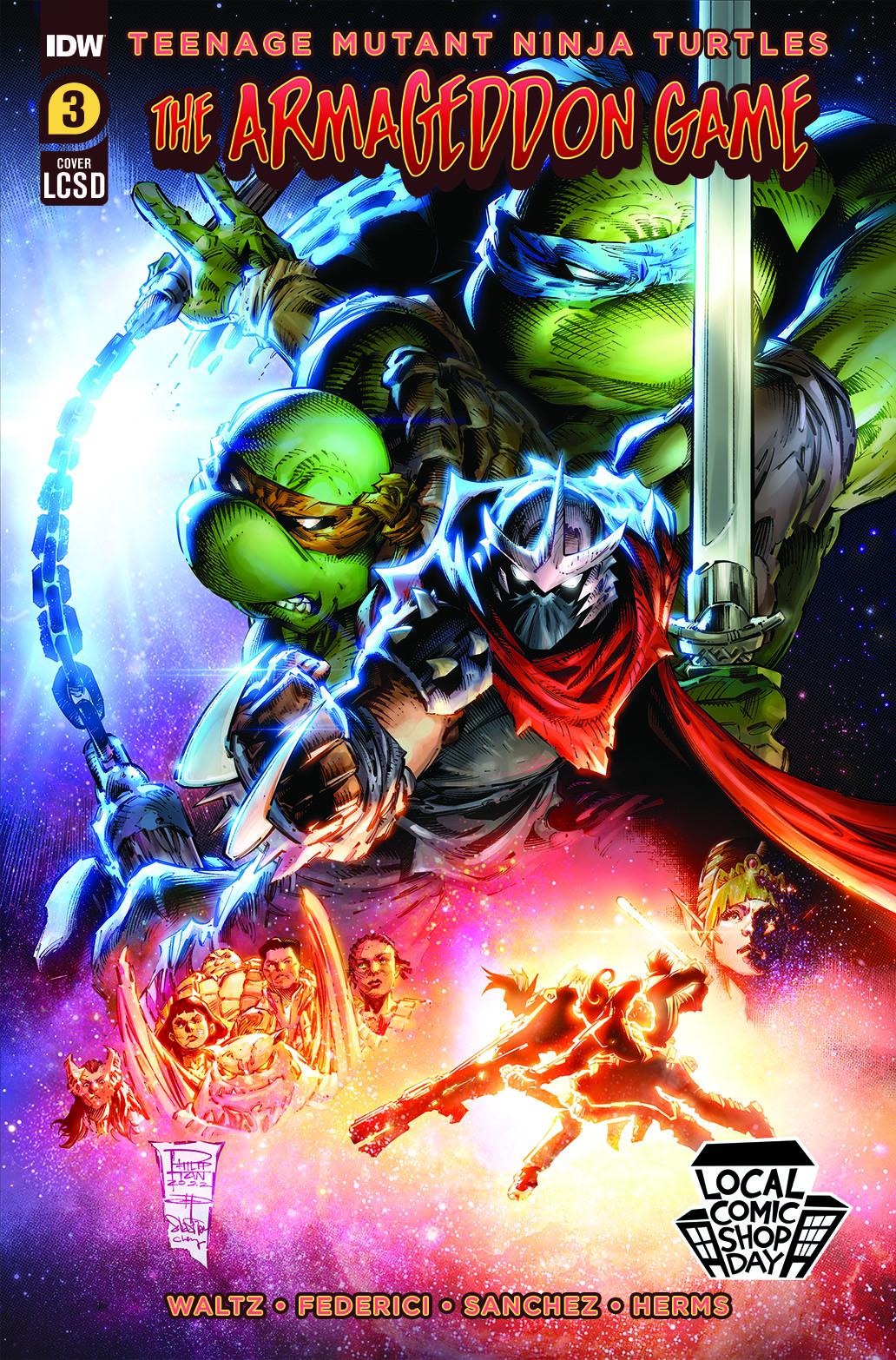 IDW ENTERTAINMENT
Note: This comic is coming out on 12/7/22. Two weeks after Local Comic Shop Day®

THE BEST LAID PLANS OF MUTANTS AND MENTORS! The TMNT and their new mentor, the Shredder, have quickly discovered their mission to recruit new allies to battle against Rat King and his minions (Baxter Stockman, Madame Null, and the newly minted MetalKrang) in NYC has its own set of perilous circumstances. In Dimension X, Michelangelo and the Neutrinos are forced to join the Nova Posse as would-be bounty hunters. Meanwhile, in Dimension Z, the Shredder and Dark Leo realize they must undertake a deadly rescue mission if they are to have any chance of bringing Cherubae to their side. And on Earth, Raphael is finding nothing ever comes easy when Old Hob is involved, while nearby, Donnie and Jennika have their fair share of dangerous problems, not the least of which is the mysterious Null Turtles!
Variant Covers 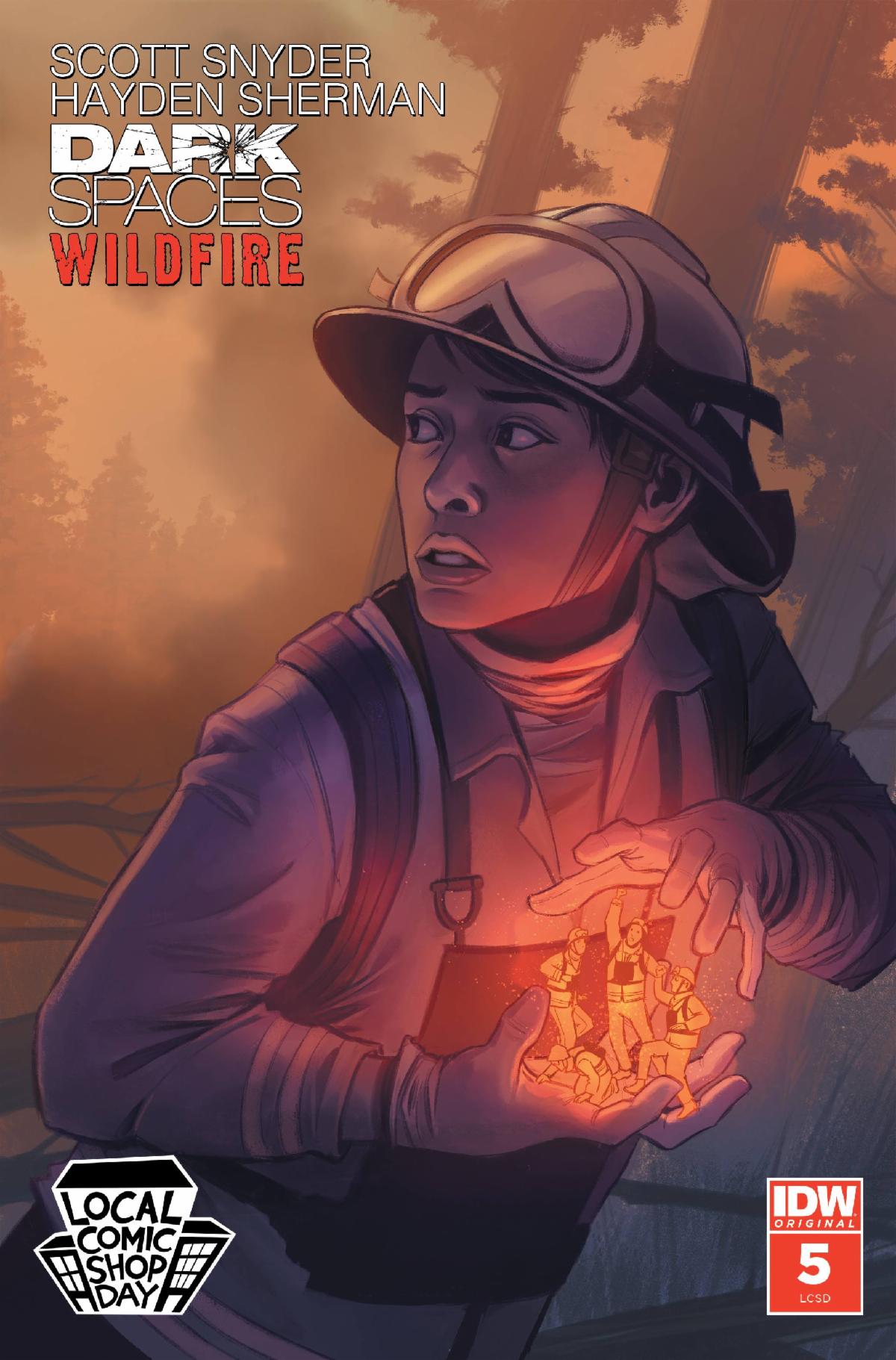 IDW PUBLISHING
(W) Scott Snyder (A) Hayden Sherman (CA)
It was a crazy plan.They faced impossible obstacles and wild twists and turns they never could have imagined. Now it’s time to see if Ma and her crew can rally to salvage their death-defying heist or if any chance for a better future is going to go up in smoke. Scott Snyder and Hayden Sherman bring the fiery first saga of Dark Spaces to a stunning conclusion! 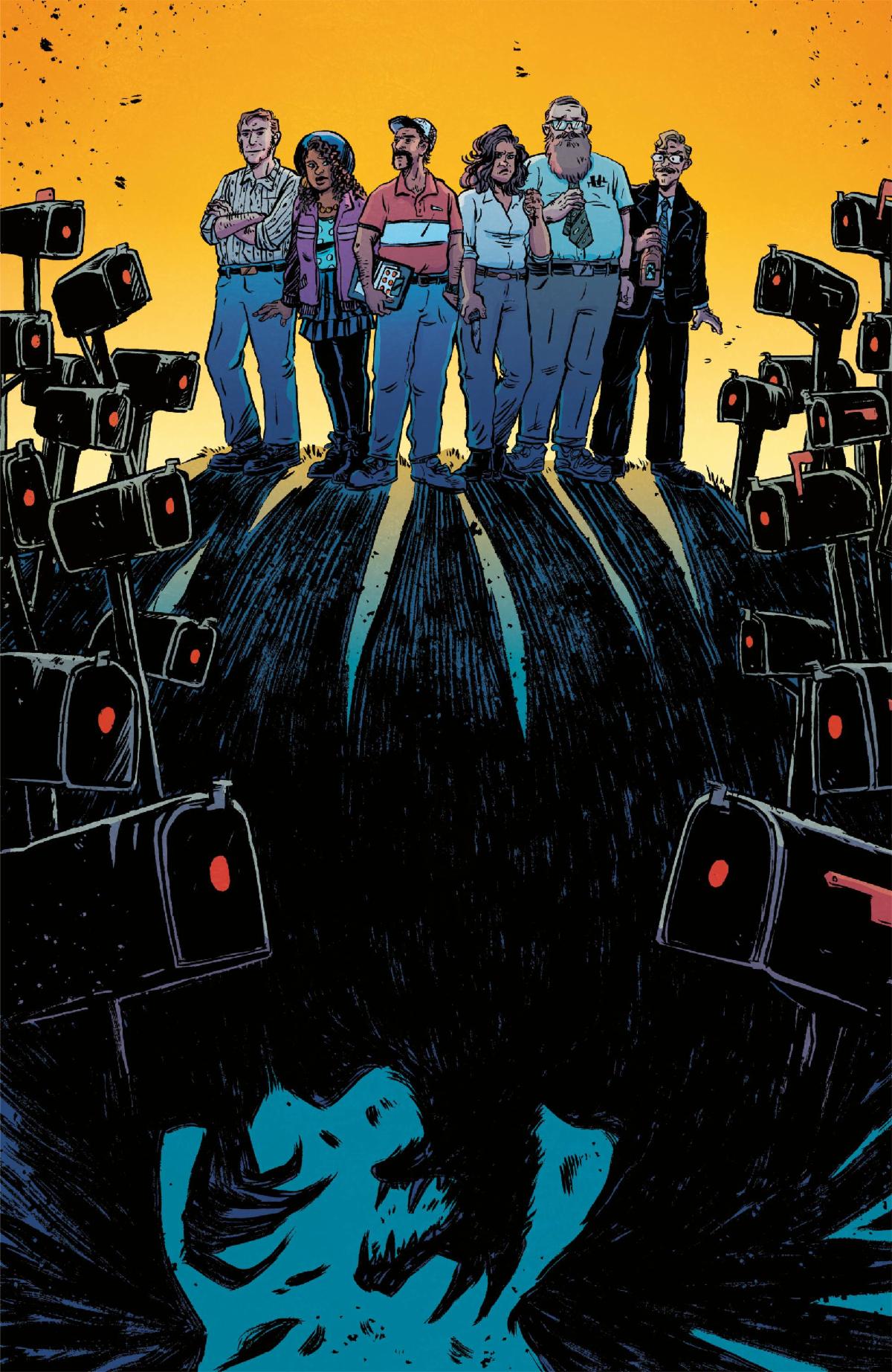 VAULT COMICS
(W) Cullen Bunn (A/CA) Sally Cantirino
From all-star creators Cullen Bunn (Harrow County, The Last Book You’ll Ever Read) and Sally Cantirino (I Walk With Monsters, Human Remains) comes the story of a motley crew going to battle against supernatural evil throughout the American South.
Perfect for fans of “The Boys,” “B.P.R.D.” and “Proctor Valley Road.”
The Heritage Mills sales team travels from town to town, knocking on doors. They’re the best at what they do… which also means they’re the worst. They’re broken, each and every one of them, haunted by closets so full of skeletons, they’re bursting. When they discover a terrible secret behind one fateful door, it opens their eyes to a world full of real monsters hidden in every small town. 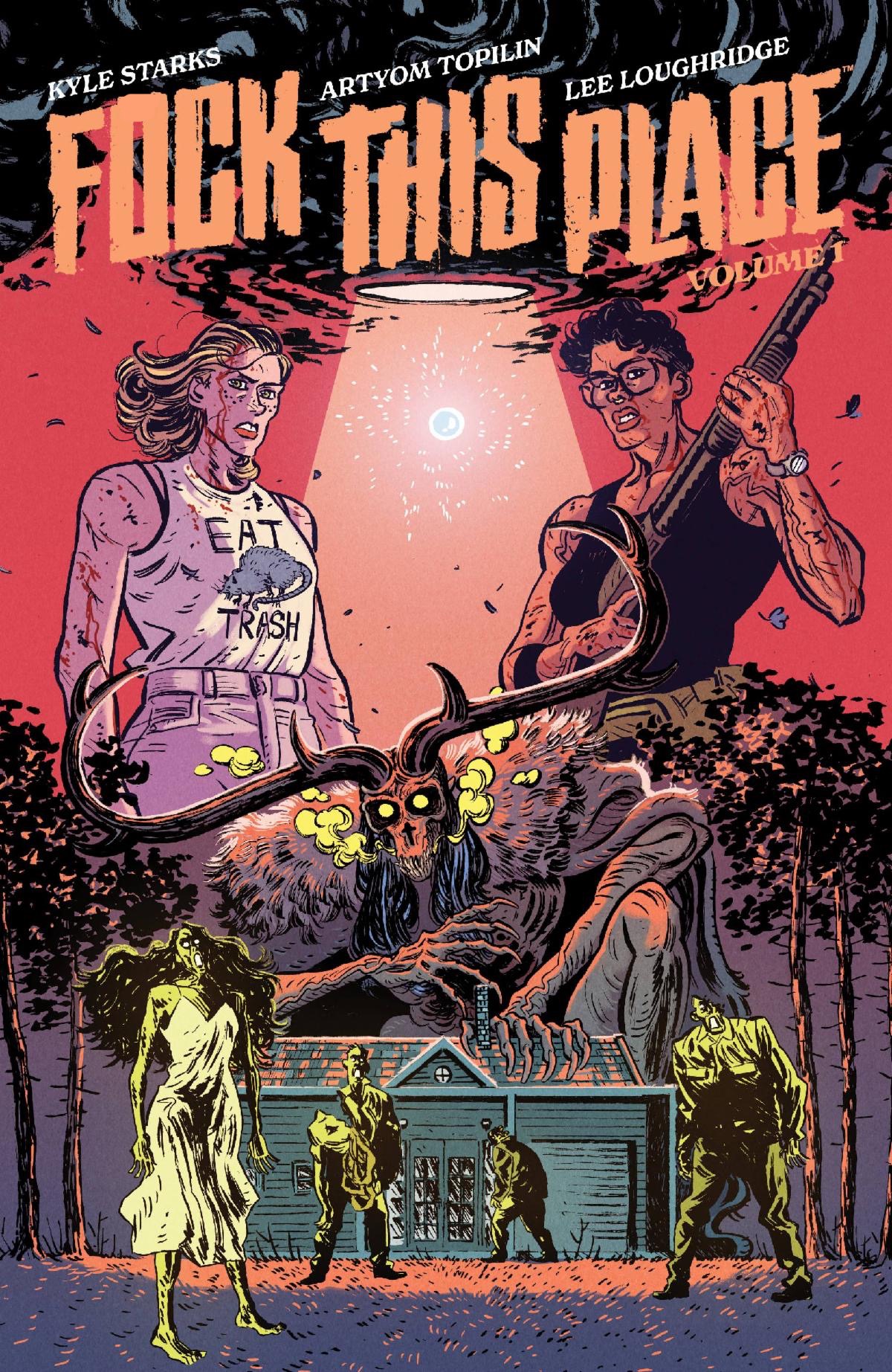 SKYBOUND ENTERTAINMENT
(W) Kyle Starks (A) Artyom Topilin, Lee Loughridge (CA) Artyom Topilin
After inheriting a farmhouse, Trudy and Gabby are ready to start the next chapter of their lives together… except it’s already home to a mysterious force that’s attracted ghosts, aliens, and all kinds of supernatural beings for decades. Now, Gabby and Trudy must play by the “house rules” in order to survive living amongst the most frightening creatures on Earth in this series from KYLE STARKS (ASSASSIN NATION, THE
SIX SIDEKICKS OF TRIGGER KEATON) and ARTYOM TOPILIN (Ice Cream Man Presents Quarantine Comix Special). Collects I HATE THIS PLACE #1-5. 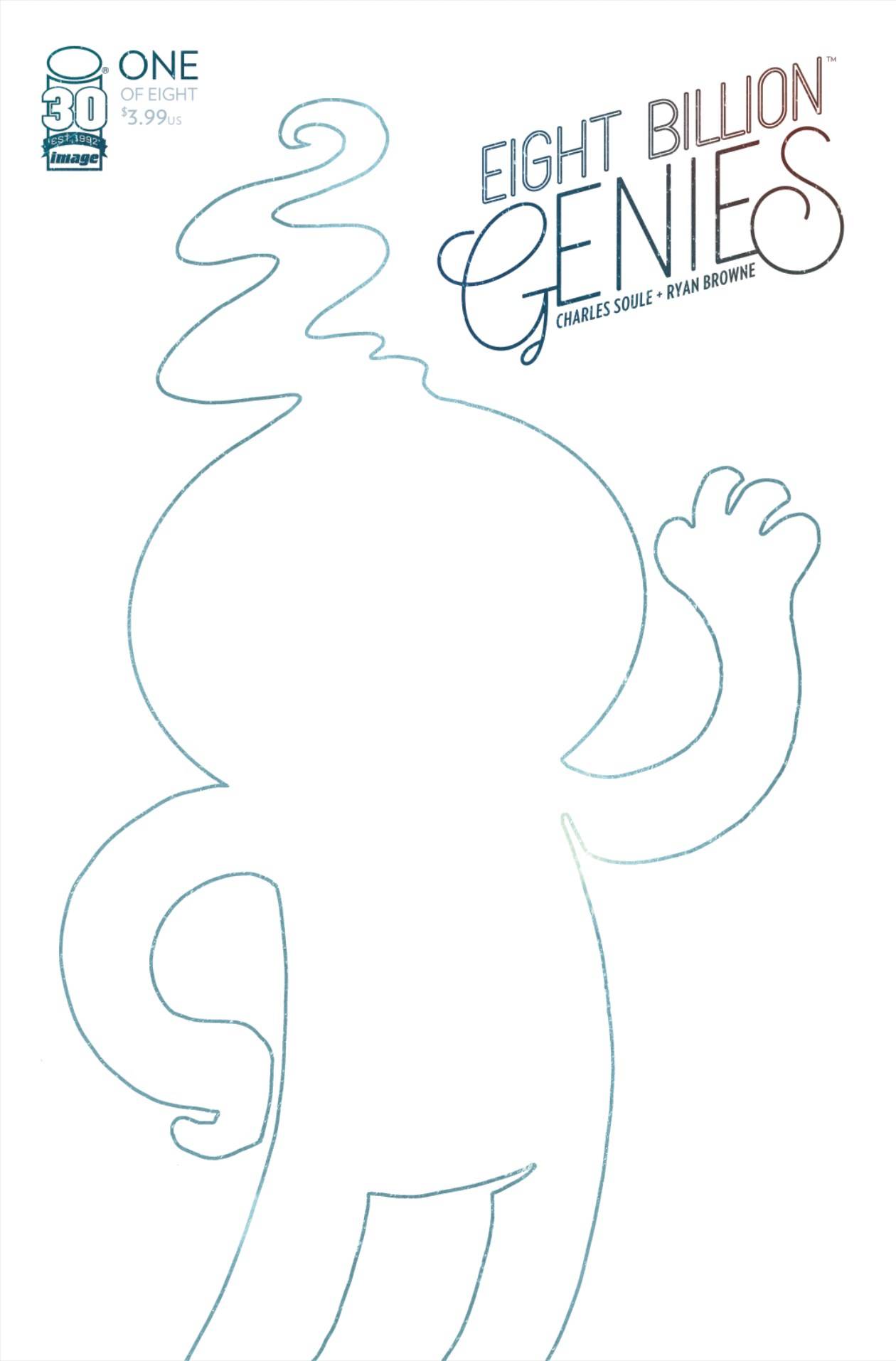 IMAGE COMICS
(W) Charles Soule (A/CA) Ryan Browne
If you had one wish…what would you wish for? Now, what if everyone else had one wish too? That’s EIGHT BILLION GENIES. At exactly the same moment, everyone on earth gets a genie and one wish. All hell breaks loose, in a very entertaining way…and that’s just the beginning. Since its launch, Amazon Studios has gone on to acquire the development rights to this bestselling series in a heated auction. The first project coming out of the deal is a feature film, which will be executive produced by Soule and Browne and serve as the cornerstone in a cross-media Universe of storytelling.

This special Local Comic Shop Day exclusive variant will feature a cardstock cover showcasing a blank genie silhouette for you to personalize with your own sketch. Image Comics will be running an exciting Instagram contest for fans to submit their own genie illustrations for a chance to be one of five lucky entrants to win a signed and remarqued copy of the EIGHT BILLION GENIES Deluxe Hardcover for themselves and a local comic shop of their choosing. (No purchase necessary. Sketch entries do not need to be done on a LCSD variant in order to qualify. Contest will run from 11/26 thru 12/6. Visit @imagecomics on Instagram for full contest details).