“BOOM! Studios is fantastic with their support for comic fandom and the retailer community,” said Marco Davanzo, Executive Director of ComicsPRO. “Each year for LCSD, BOOM! offers amazing items exclusive for Local Comic Shop Day participating retailers. That translates into fan excitement and increased sales to retailers during the Holiday Season!”

For Local Comic Shop Day 2019, Dark Horse Comics will be releasing: Hazel and Cha Cha Save Christmas: Tales from the Umbrella Academy LCSD Cover. This prized limited, exclusive edition will have a cover by fan-favorite artist Bill Sienkiewicz.

“We are expecting this to fly off the shelves,” said Marco Davanzo, Executive Director of ComicsPro. “Umbrella Academy graphic novels were some of the hottest selling titles this year due to the success of the Netflix series. And Bill Sienkiewicz is one of the most respected and collected comic artists out there.”

Vault Comics will be releasing a limited, exclusive Gold Edition of These Savage Shores – with a cover printed with special gold ink.

“Ever since These Savage Shores came out in comic form last year, fans have been clamoring for a graphic novel.” said Marco Davanzo, Executive Director of ComicsPro. “It was a hot title last year, and we expect that fans will love the special gold cover treatment. It will be a prized book for many fans to keep on their bookshelves. I know I need one!”

Two centuries after the first European ship sailed to the Malabar Coast and made landfall at Calicut, The East India Company seeks to secure its future along the lucrative Silk Route, in the year 1766. An old evil now sails aboard a company ship, hoping to make a home in this new found land. But he will soon find that the ground along the Indus is an ancient one with daemons and legends far older than himself.

Along These Savage Shores, where the days are scorched and the nights are full of teeth.

A map to find the closes participating store can be found here. Each of the 614 stores participating is celebrating Local Comic Shop Day® differently, so plan to visit more than one store. 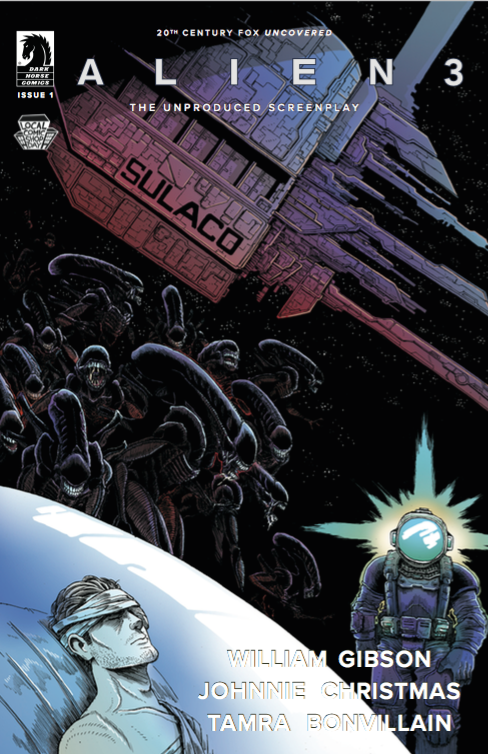 This is the official adaptation of the original screenplay for Alien 3, written by William Gibson, the award-winning science fiction author of the cyberpunk cult classic Neuromancer. You’ll see familiar characters and places-but not all is the same in this horrifying Cold War thriller!After the deadly events of the film Aliens, the spaceship Sulaco carrying the sleeping bodies of Ripley, Hicks, Newt, and Bishop are intercepted by the Union of Progressive Peoples. What the U.P.P forces don’t expect is another deadly passenger that is about to unleash chaos between two governmental titans intent on developing the ultimate cold war weapon of mass destruction.

o Based on the original screenplay by Neuromancer’s William Gibson!

o Featuring some of the most famous characters in the Alien film canon: Hicks, Bishop, Newt, and Ripley.

Tell your local comics retailer you want them to be a part of Local Comic Shop Day®
Have them sign up here:  www.comicspro.org/lcsd2018

Local Comic Shop Day® calls attention to locally owned independent comic book specialty stores, celebrating their vital role in being the primary fire-starters of pop culture.   Each comic shop will mark the Local Comic Shop Day® occasion in its own unique way.    With exclusive, unique and limited items created just for the event on Saturday November 17, LCSD is a great time to pop into your Local Comic Shop to begin your holiday gift buying.

Here is a list of Participating Stores.  Each store is celebrating Local Comic Shop Day® differently, so plan to visit more than one store.

Check out this cool slideshow that has all the items on sale for LOCAL COMIC SHOP DAY!
SATURDAY, NOVEMBER 18TH.

Check out all the cool stuff coming out this SATURDAY, NOVEMBER 18TH.LOCAL COMIC SHOP DAY 2017.

Here are the 21 items that are being released on Local Comic Shop Day® 2017!
Not all items will be at all participating stores!  You might want to visit multiple stores in your local area to get some limited and hard to find items. 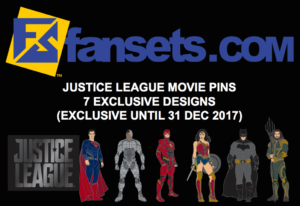 Note:  Not every item will be offered at every store.  Plan on visiting several stores in the area.